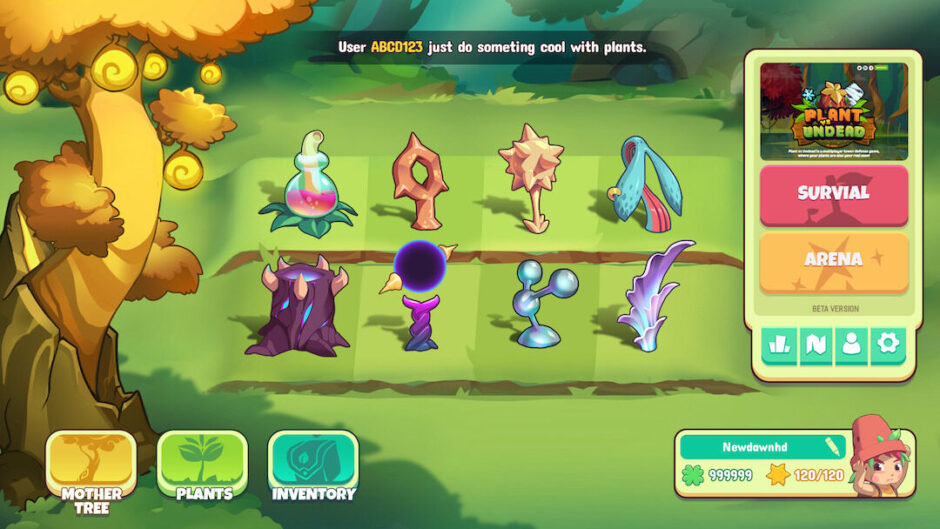 Plant vs. Undead is a new play-to-earn NFT game where instead of collecting virtual pets, players own Plants as NFTs.

As you can probably tell by its name, the game is very similar to the tower-defense game Plants vs. Zombies, where players deploy plants to defend their base from a hoard of zombies.

Combine PvZ with the blockchain technology and NFTs and you get Plant vs. Undead!

Here’s how to make money by playing it.

How to earn by playing Plant vs. Undead

In Plant vs. Undead, players can buy seeds and grow them into plants by farming and watering. You can then deploy these plants into a PVP/PVE battle and defend your Mother Plant from waves of attacking zombies.

There are several ways players can earn while playing Plant vs. Undead:

At the time of writing, the Farming game mode is the only play-to-earn feature of the game.

However, PVP and PVE will be coming soon in a few months!

You can play-to-earn with Plant vs. Undead by doing the farming game mode.

The Farm 2.0 update has just released along with new mechanics and new ways to earn from farming.

To earn with farming in Plant vs. Undead, all you need is to spend 5 PVU Tokens to become a gardener.

PVU Token is the native cryptocurrency token used to purchase items or NFTs in the game. Here’s a step-by-step guide on how to buy them: How to Buy PVU Tokens for Plant vs Undead.

1 PVU can be traded for 70 LE (Light Energy). LE or light energy is an in-game resource used to buy farming tools such as water and scarecrows.

When watering, you can get the following rewards:

When chasing crows, you can get the following rewards:

Aside from this, players can now also become “landlords” with the Farm 2.0 update.

Players can buy Sunflower seeds, plant them on a pot and water them until they give out a huge amount of LE after a few days.

Watering and chasing crows also give out a small chance of dropping sunflower seeds.

Check out the full official announcement to the Farm 2.0 update here.

Once you’ve accumulated enough Light Energy, you can convert them back to PVU at a rate of 100 LE = 1 PVU, then sell your PVU tokens on crypto exchanges.

While Farming is the easiest and only available method of earning in PvU, it is actually only meant as a side function for the game.

PVP and PVE modes in Plant vs. Undead have not yet been released, but it will be the main source of play-to-earn profit for players.

These game modes are scheduled to come out about 2-3 months after the Farm Mode is released (around late 2021).

According to the whitepaper, playing in Survival Mode (PVE) will have a chance to give you PVU tokens.

In Multiplayer Mode (PVP), players will battle by defending and attacking with zombies.

The winner will be rewarded with PVU tokens, and players who rank high in the leaderboards will also get season rewards.

Aside from farming and PVP/PVE, players can also earn by participating in PvU competitions.

According to the game’s whitepaper, a total of 30 million PvU tokens are reserved for “platform rewards.”

These platform rewards will be used to incentivize players who earn tokens by joining competitions  and other activities in the game.

It will encourage user participation and increase traction for the game.

Trading NFTs on the Marketplace

In Plant vs. Undead, players will grow and own plants as real NFT assets.

Each Plant in the game will be unique and will have a different set of stats and characteristics.

These plants will soon be available to be traded on the marketplace, where players can buy, sell or lend their plants to other players.

These transactions will also be done on the game’s internal system to save up on gas fees.

Our you convinced of the play-to-earn aspects and gameplay of Plant vs. Undead?

Awesome! But how do you start?

Luckily, we created a step-by-step guide here on how to get started with PvU: How to Start Playing Plant vs. Undead.