As a Mobile Legends player, you may have heard of the term “KDA” a lot. If you have no idea what it means, this guide is here to help you!

What does KDA mean in Mobile Legends?

It is simply a ratio of how many kills, deaths and assists you’ve made during a Mobile Legends game.

Usually, the KDA is used as a general metric to determine your performance in a match.

How to determine your KDA in a Mobile Legends game

You can determine your KDA by checking the scoreboard at the end of the match.

At the top of the chart you can see three icons for each team. The numbers below them are your kill, death and assist counts. 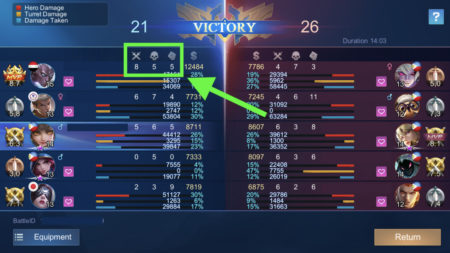 How to determine your Overall KDA in Mobile Legends

You can also go to your Profile and click Battlefield > Statistics.

In this dashboard, you’ll see your overall performance across all your games, including your KDA. 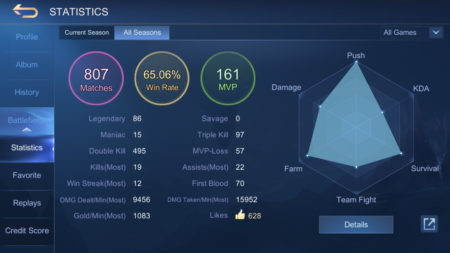 You can also filter the Statistics by season (Current Season or All Season), and by game type (Classic, Rank, Brawl).

How important is a high KDA in Mobile Legends?

Players usually judge your performance based on your KDA ratio. After all, it’s a very easy metric to compare. They might trash talk you saying “LOL I have a higher KDA than you, noob!”

But in the end, as long as you’re not feeding—your KDA doesn’t really matter!

Having a very high KDA doesn’t necessarily mean you are a good Mobile Legends Player. Having a low KDA also doesn’t mean you’re bad either.

First of all, remember that the objective of Mobile Legends is pushing towers and destroying the enemy throne.

It doesn’t matter if your team is 20 kills ahead if the enemy team focuses on pushing your base and taking Lord to help them with their objective. 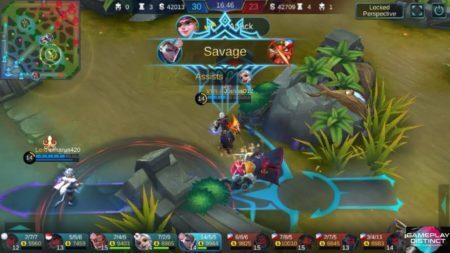 Secondly, it depends on your hero’s role. Obviously, Marksman and Mage heroes will have higher KDA than other roles.

Tanks, Supports and Pushers will probably have lower KDAs but it doesn’t mean they didn’t contribute to the team.

For example, if you are a Tank it’s normal to have almost no kills at all. You might even have a lot of deaths, but it can mean that you did your best to tank incoming damage and protect your team. 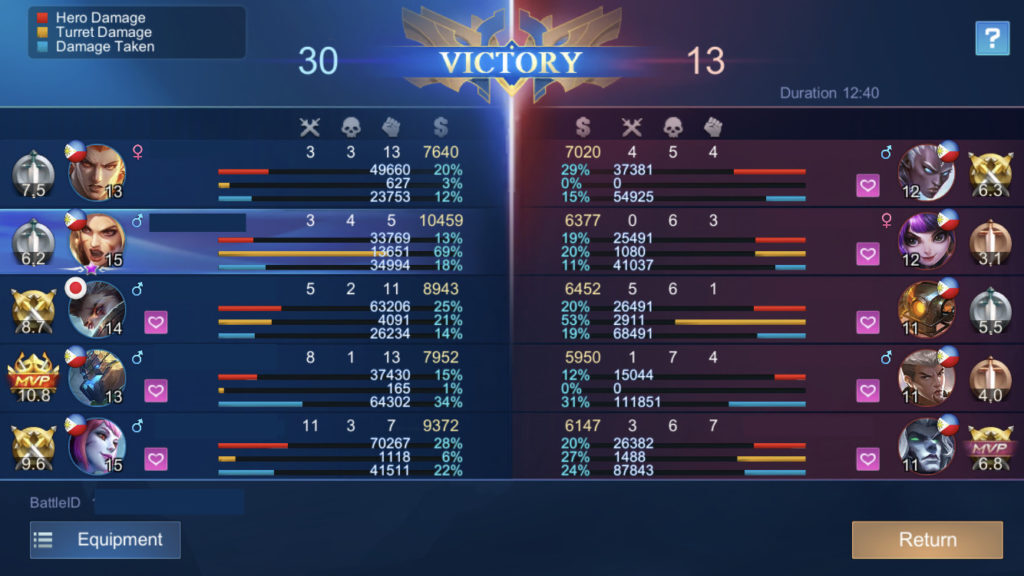 In this game it doesn’t matter if I had the lowest KDA because I also did 70% of the tower damage which led us to win the game.

Having a high KDA doesn’t always mean you performed well in a Mobile Legends match.

Conversely, a low KDA also doesn’t mean you did terribly in a game.

Remember that the goal of Mobile Legends is to take down enemy towers. It is not a contest of who has more kills!