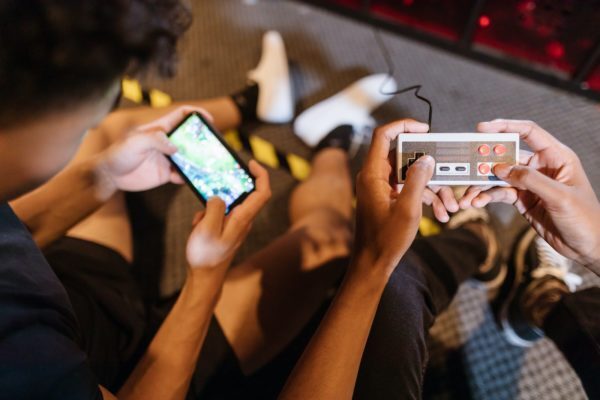 Looking for the next hit play-to-earn crypto game? Jump in now before the hype rocket launches for the moon!

The Rise of Play-to-Earn Games

2021 has been a crazy year so far—not only is working from home the new normal, but people are now also earning a living just by playing video games.

The recent rise of play-to-earn games started with Axie Infinity, a virtual pet NFT collection game that runs on the blockchain where players earn a few dollars every day.

In fact, stories have been circulating in the media that people from developing countries are earning more with Axie Infinity than the minimum wage.

This even prompted some corporate workers to resign their job and pursue playing blockchain games full-time.

Sounds too good to be true? Here’s the catch: the cost of starting an Axie team, which is the barrier for entry to start playing, is now much higher compared to a few months back.

(Related Guide: How Much It Costs to Start Playing Axie Infinity)

But here’s the good news: Axie Infinity is not the only blockchain game that promises play-to-earn features.

The NFT gaming metaverse is still in its infancy, and chances are, if you are reading this right now, you are still very early.

Let’s check out some play-to-earn games similar to Axie Infinity where you don’t need to break the bank to start playing.

Here is a list of play-to-earn blockchain games similar to Axie Infinity. Note that for some games, their play-to-earn features may still be under development.

CryptoBlades is a play-to-earn RPG game developed by Riveted Games on the Binance Smart Chain platform.

The gameplay revolves around the acquiring weapons and powerful heroes to battle enemy monsters.

Players need to spend and earn SKILL tokens when playing the game.

Check out our CryptoBlades guides here.

My DeFi Pet is a play-to-earn virtual pet game similar to Pokemon. Players can collect pet monsters, breed them, raise them and battle them in PVE or PVP.

DPET tokens are the in-game currency of the game.

Most of its play-to-earn features are still under development as of writing, but it’s a good time to start leveling up your monsters while it’s still early.

In Dragonary, players are promised to “get paid for each minute spent playing.”

Similar to Axie Infinity, Dragonary has two types of combat—PVE (Player vs Environment) and PVP (Player vs Player), where players can farm items and Coinary Tokens that will allow you to advance in the game and contribute to the game’s economy.

In this sci-fi themed play-to-earn game, players traverse through a DeFi NFT world where you can collect and play with unique digital items.

To earn while playing Alien Worlds, you can farm Trilium, the game’s in-game currency, or various NFTs by mining, fighting, or owning land where you charge rental commission.

Illuvium is a play-to-earn adventure game that runs on the Ethereum blockchain.

The game has a fantasy open-world RPG gameplay where players go on quests to hunt and capture creatures called Illuvials.

Players can earn Illuvium (ILV) tokens by playing, or battle and capture beasts and trade them in the exchange.

The dev team is working hard to create a fully decentralised game that can run autonomously.

With this digital collectible card game, you can play, trade, and earn anywhere at anytime.

Splinterlands claims it’s easy to earn on a daily basis—active players are rewarded by winning Tournaments, Ranked play, and Quests.

Gods Unchained is another trading card game where you can earn by winning battles, leveling up, and earning card packs.

This game features deck building and deep strategy gameplay with some amount of RNG, similar to other card games like Hearthstone and Magic: The Gathering.

Play-to-Earn: The Future of Gaming

If you’re FOMO-ing (fear of missing out) on the latest NFT gaming trend, you’re not alone!

We are now in the future of gaming, where players own their assets and freely trade them on the marketplace.

We all dreamed about earning money while playing video games, and with the help of blockchain technology, these dreams are now a reality.

As always, make sure to do your own research and only spend money you can afford to lose.