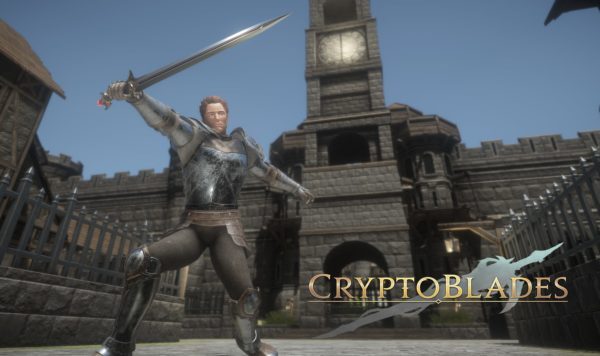 CryptoBlades is a new play-to-earn blockchain RPG game where players recruit a team of characters, equip them with epic weapons and fight against enemies.

Players can forge new weapons from the Blacksmith or buy them from the marketplace.

These weapons can then be upgraded and have their power increased through a method called reforging.

Reforging is a great way to boost the attack power of your weaker weapons so you have higher chances of winning in combat.

Here’s a comprehensive guide on how reforging works in CryptoBlades and why you’d probably want to do it.

What is Reforging in CryptoBlades?

Reforging in CryptoBlades is the process of upgrading a weapon’s power by combining it with another weapon.

After reforging, the target weapon will receive an additional “Bonus Power” attribute, while the Burn Weapon will be destroyed and disappear from your inventory.

Bonus Power is used along with a weapon’s stats to determine the player’s overall power during combat.

The process of reforging also consumes SKILL tokens, making it one of the many SKILL sinks in the game.

Note that reforging a weapon in CryptoBlades DOES NOT increase its tier or rarity, nor does it change the attributes or stats.

What is “Bonus Power” in CryptoBlades?

Bonus Power is a new stat attribute obtained by reforged weapons. A higher weapon Bonus Power will increase your chances of winning in combat.

The amount of Bonus Power received by a reforged weapon is based on how many times it was reforged and how many stars the burnt weapons had.

The higher the rarity of the burnt weapons (i.e. more stars), the more Bonus Power it gives to the reforged weapon. (See next section for more details.)

What is LB, 4B and 5B in CryptoBlades?

Aside from Bonus Power, reforged weapons will also have new stats called “Burn Values” that indicate how many times it has been reforged.

These are denoted by the weapon’s LB, 4B and 5B points and they are based on the rarity of the burnt weapons.

LB stands for “Low Star Burn” which indicates how many 1-Star, 2-Star and 3-Star burn weapons were used to reforge the weapon.

4B stands for 4-Star Burn and indicates how many 4-Star burn weapons were used to reforge the weapon.

5B stands for 5-Star Burn and indicates how many 5-Star burn weapons were used to reforge the weapon.

Here’s a table on how burn weapons affect the reforged weapon’s power and their maximum allowed values:

This means that reforging a weapon with 1, 2 or 3 Star weapons will give it 1, 2, or 3 LB points respectively.

This means the maximum reforge points a fully upgraded weapon can get is:

This totals to a whopping 2850 Bonus Power!

How to Reforge Weapons in CryptoBlades

Here are the steps on how to reforge a weapon in CryptoBlades:

Once your weapon is successfully reforged, you should be able to see its LB/4B/5B points and its additional Bonus Power stat attribute.

Can I use a reforged weapon as a Burn Weapon?

You can use a reforged weapon as a Burn Weapon when reforging another weapon.

When you do, half of the burn weapon’s LB, 4B and 5B points will be carried over to the new weapon.

Odd numbered burn values are rounded down to zero.

Reforging weapons are a great way to boost your team’s power and increases your chance to win in combat.

A common recommendation is to look for a base weapon with decent stats, upgrade it with as many 1-3 Star weapons until it reaches the maximum 100 LB value, then finally max out the 4B points.

A fully maxed out weapon with 2850 total Bonus Power should be your endgame, but it may be a bit difficult to achieve especially for new players.