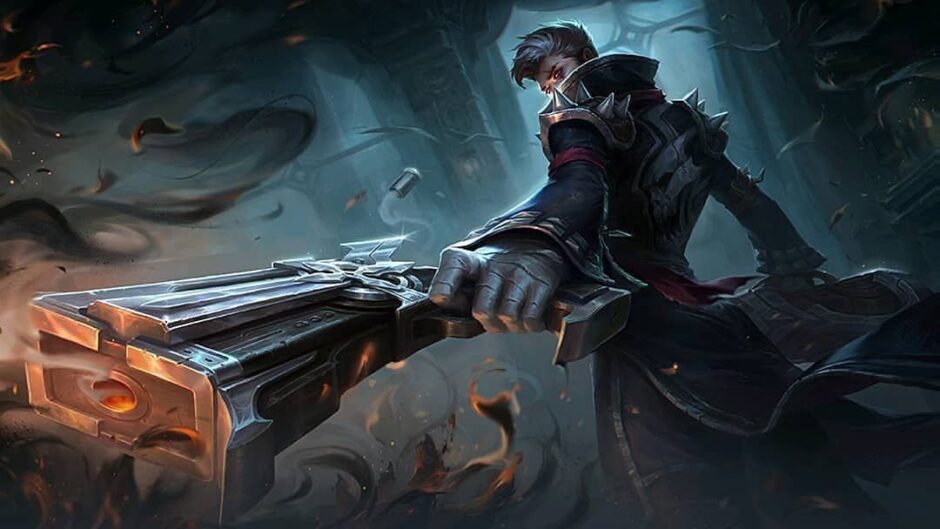 Do you want to wipe out the whole enemy team and lead your team to victory using one of the deadliest Marksman heroes in Mobile Legends: Bang Bang?

Are you ready to delete your opponents from the map by shooting them to death?

This hero guide and item build for Granger will teach you how!

Granger, a.k.a. the Death Chanter, is a long-ranged Marksman who uses his Lucky Bullets to deal damage.

He has a unique passive where attacks fill up his 6 bullets, and shooting every 6th bullet deals a critical damage.

His skills give him high burst damage potential, as well as a decent dash for mobility.

Here’s how to build Granger’s items to push him to his full killing-spree potential.

Granger is heavily skill reliant—most of his damage comes from his abilities rather than his normal attack.

With this in mind, it’s better to build items that synergizes with his trigger-happy (pun intended) skills.

While most Marksman heroes go online in the mid game when they get their core items, Granger can start contributing to his team even in the early game. This makes Wizard Boots a good early investment—the more he can score assists in the early and mid game, the more gold he can gain in the long run.

Endless Battle, Bloodlust Axe and Thunder Belt will help Granger increase his skill’s effectiveness. The more Granger casts skills with these items, the better his killing potential. Granger doesn’t shoot much due to his slow attack speed, but each attack packs a punch!

Finally, if the game drags on to the late game, get Malefic Roar and Blade of Despair for even more damage and pushing capability.

You can trade one of these for another more defensive item like Immortality or Wind of Nature if you want.

This build is similar to the first one, except it focuses on cooldown reduction skills.

This allows Granger to cast spells faster, therefore dealing the highest amount of damage as fast as possible.

Get Magic Shoes as your first item for the early reduced cooldown.

Later on, Bloodlust Axe and Hunter Strike are the two other core items that will further decrease your skills’ cooldowns.

What Granger lacks in attack speed, we make it up for faster skill casts!

Granger is a pretty straightforward hero to use, but you will need some practice first to master his skills.

Your role like every other Marksman is to take down important enemy heroes fast while taking as little damage as possible.

Try to use the first five bullets on minions and other targets, then aim your 6th bullet to enemy heroes for the critical damage.

Use the combo: dash, critical 6th bullet and first skill to get easy pickoffs especially on squishy enemies.

After shooting all 6 bullets, Granger will need some time to reload his gun. Use your dash or battle spells to get out of teamfights.

Always try to stay alive during a clash! Granger is a squishy MM, and your high burst damage is very essential for your team.

You are a very valuable target for your opponents, so watch out for burst spells from Mages and Assassins. Just hide behind your Tanks and Fighters. Aim to shoot their key targets then hide. Rinse and repeat.

For Granger’s spells, there’s a few to choose from which mostly depends on your play style and skill level.

Sprint and Flicker are two obvious choices for additional mobility. This are great for either chasing or escape mechanisms, especially that Granger is a very squishy hero.

Granger already has a dash skill and if you think that’s already sufficient, Purify is another great option. This spell can help you get out of sticky situations.

Go for either Marksman or Assassin emblem for Granger.

Granger can fill his gun with up to 6 bullets at a time. As 6 is his lucky number, each 6th bullet deals critical damage. Granger gains half Attack Speed from Equip or Emblems.

Granger blinks in the designated direction, and his next 2 Basic Attacks deal extra 10% of damage. Each time the bullets hit an enemy hero, the CD of this skill will be reduced by 0.4 seconds.

Granger transform his violin into a Gun and Fills it with 3 super bullets. In next 4 seconds, Granger will shoot the super bullet forward. The super bullet ignores the minions along the way and only affect heroes. Super Bullets explode upon hitting the first enemy hero, dealing 150 / 200 / 250 (+100%Total Physical Attack) points of Physical Damage to enemies nearby and slows them by 80%. Each time Granger shoots a Super Bullet, he can move to another location.

Hopefully this guide helped you on how to build items for Granger effectively.

Which item builds do you use on Granger? Got any tips and tricks on how to dominate with this OP Marksman in Mobile Legends?